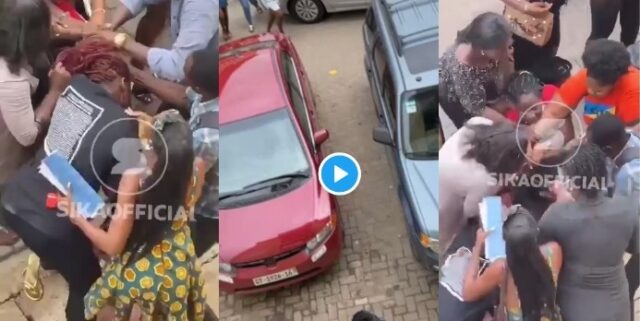 Indeed wahala no dey finish as university girls have been captured on camera exchanging blows over a man.

This thing called love can make one do things they can never imagine and over here we have these two university girls who are believed to be fighting over a man.

In a viral video making rounds on the internet, two young ladies believed to be students of Accra Technical University can be seen seriously fighting.

The reason for this drama is alleged to be because of a man. As to who the “main chick” is and who the “side chick” was is not yet known.

However, the mere fact that these young girls were willing to fight each other over a man has got people talking. More so when they are in an examination week.