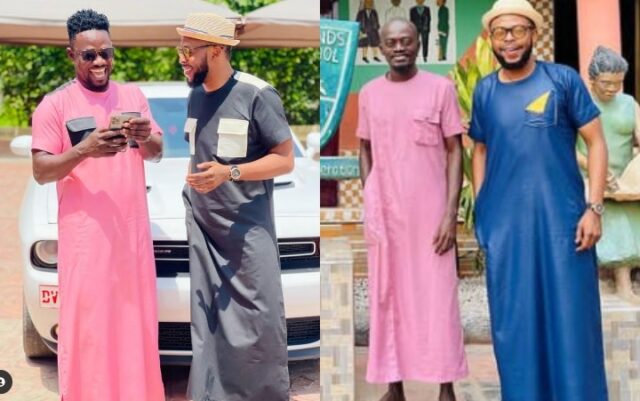 Funny Face woke up in an angry mode as he sends a strong warning to colleague comic actors, Lil Win, Kalybos and Bismark The Joke, saying they are evil.

You may recall that Funny Face had issues with Lil Win, Kalybos and Bismark about a year ago which looked to have been resolved. However, it seems their beef is not quite over as the embattled Funny Face sends a strong warning to his colleagues.

READ ALSO: “I Lied Baby, I Cheated Twice”- Funny Face Concedes As He Pleads With His Abroad Based Girlfriend For Forgiveness

He called them out as evil and that they belong to the same group hence he will beat them up anytime he sees them. Apparently Lil Win posted him on social media on his birthday.

However, he believes it’s all fake love and that Lil Win had earlier taken him to a juju man to kill him.