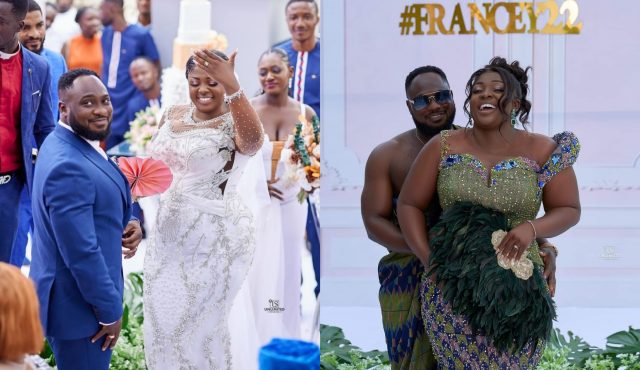 Originator of the term “papano”, Tracey Boakye has hit back at those claiming she snatched her husband from colleague actress, Vivian Jill.

Since Tracey Boakye got married to Mr. Frank Ntiamoah a few days ago, it seems alot of people are trying to find faults in their union to the extent that some claim she snatched her husband from Vivian Jill.

Vivian has really not spoken about these allegations but only said she will speak at the right time. But from what I came across online, it seems Tracey herself has heard the rumours and seems to have hit back her through a fan page we can’t confirm who manages it.

An Instagram fan page with the handle she_loves_TraceyBoakye_ posted a video from a movie featuring the newly weds with a caption suggesting that the two were lovers at the time of shooting the movie which was like a decade ago.

Surprisingly or unsurprisingly, Tracey Boakye reposted the said post of the fan page on her Instagram story confirming what was posted by the fan page.

Watch Video Below and pay attention to the caption underneath

A post shared by She Loves Tracey Boakye ❤️ (@she_loves_traceyboakye_)

This is her repost 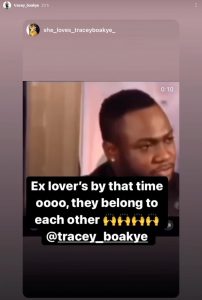