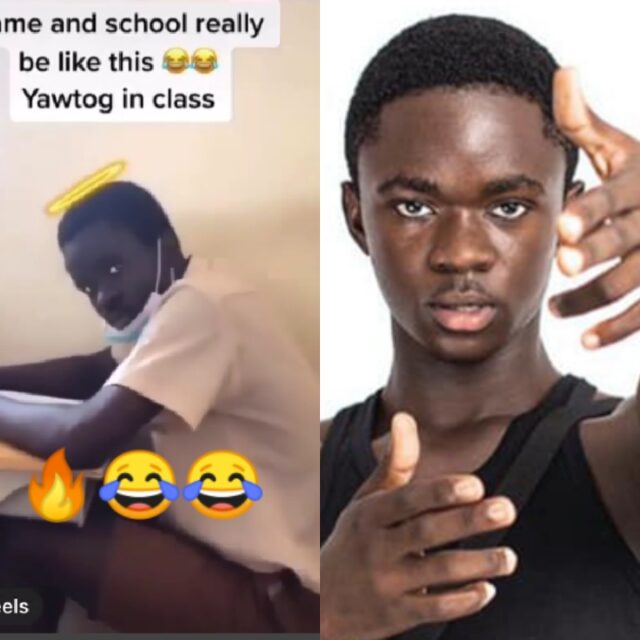 A video of the young Asakaa star studying in class is making rounds on the internet drawing some funny and interesting comments from netizens.

Born Thorsten Owusu Gyimah but is popularly known as Yaw Tog. He is well known for his hit song titled “SORE” which sort of brought him into the lime light and has since become a house hold name in Ghana and beyond.

In the viral video making rounds on the internet, the young star is seen studying in class which shows he has not abandoned his education after getting all the fame. After all he is a final year SHS student hence it’s good to see him prepare well for his WASSCE exams so he can serve his fans with more good music after school.