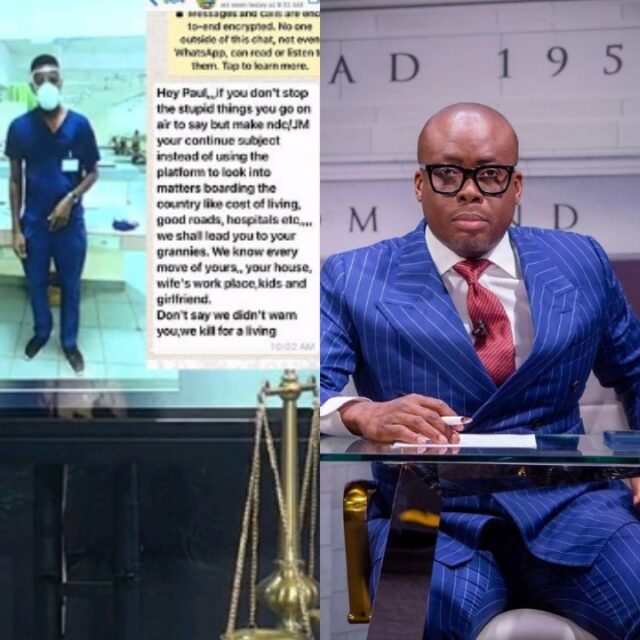 A yet to be identified young man has landed in hot waters for threatening Paul Adom Otchere of Metro TV.

The issue of online abuse is becoming rampant with the majority of today’s generation hiding behind their phones to abuse others online. However this young man is unlucky this time around after threatening Paul Adom Otchere.

While reading comments on his live show last night, Paul Adom Otchere came across this damning comment from one young man. The said comment reads in part “…we kill for a living”. According to him, this is not the first time he is being threatened and that he will take action this time around. 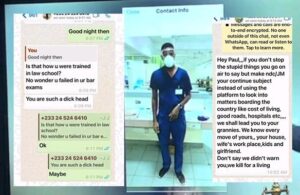 According to Paul Adom Otchere, all the information has been relayed to the Data Protection Agency for investigations.