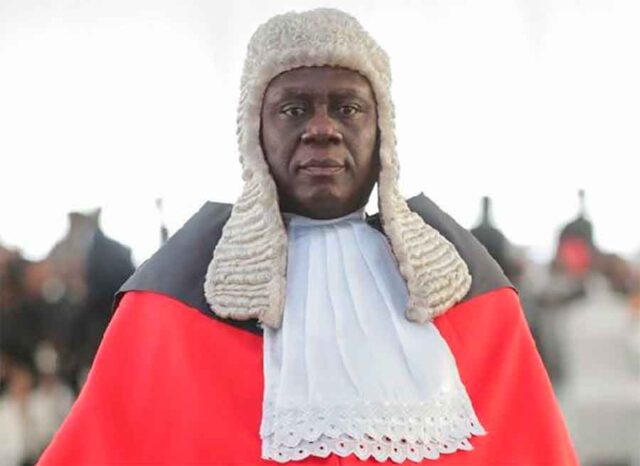 This article answers the question of “who is the Chief Justice of Ghana”. This is a question with a very simple answer. However, there are still citizens and non citizens who are not sure of the answer to this question. Hence the reason behind this write up.

But before we talk about who the current Chief Justice of Ghana is, let us first understand who a Chief Justice is and the role they play in our democracy.

RELATED POST:   How To Register Your Company At Registrar General Ghana

Who is a Chief Justice

The Chief Justice is the highest ranking judge of the Supreme Court of Ghana. The CJ is also the head of the entire Judiciary of Ghana and is responsible for the administration and supervision of the Judiciary.

Additionally, the CJ is the fourth highest official in Ghana after the President, Vice President and Speaker of Parliament. The CJ is appointed by the president of Ghana and in consultation with the Council of State of Ghana. He or she will then have to be vetted and approved or rejected by the Parliament of Ghana.

For one to qualify to be a Chief Justice, he or she must be of high moral character with proven integrity. Must also have been a lawyer for at least fifteen (15) years.

The current Chief Justice of Ghana is Kwasi Anin-Yeboah JSC and happens to be the fourteenth Chief Justice in Ghana since independence. He was sworn into office by President Nana Addo on January 7, 2020 to succeed former Chief Justice Sophia Akuffo.

Let’s take a brief look at who Justice Kwasi-Anin Yeboah is.

He is a Ghanaian lawyer and the current CJ born in May 1953 in Toase in the Ashanti Region of Ghana. Anin-Yeboah had his secondary education at Amaniampong Secondary School and Apam Secondary School.

He continued to the University of Ghana for his LLB and then to the Ghana School of Law where he graduated in 1981.