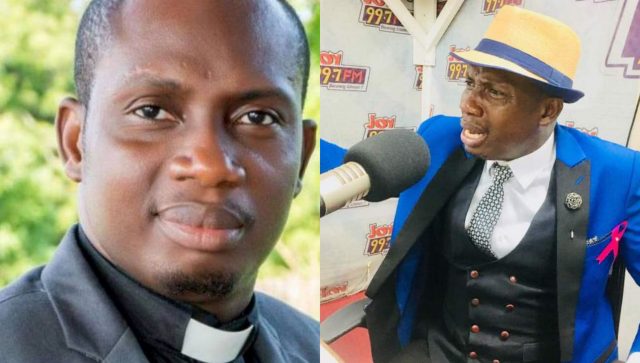 Controversial Ghanaian pastor and marriage counsellor,Cyril George Carstensen Lutterrodt popularly known as Pastor Lutterrodt is at it again as he claims that one of the most lonely and pitiful people on planet earth are the wives of pastors and female preachers.

Speaking in an entertainment show on Okay FM hosted by Halifax, Counsellor Lutterrodt explained why the wives of pastors and female preachers are one of the most pitiful and lonely people in the world.

RELATED POST:   Wives Of Pastors Are The Most Pitiful And Lonely People In The World- Counsellor Lutterodt [Video]
”]

According to him, they are very lonely even whiles their husbands are alive and becomes even worse when they are widowed. He claims that even among fellow wives of pastors, there is no unity hence a low key competition amongst them.

Another point he made was that, once you become a pastors wife, every church member wants to serve you. However, they are the same people who goes round gossiping about them.

Meanwhile on the same show, Prophet Nicholas Osei popularly known as Prophet Kumchacha also claimed that, persons who are quick to write a will usually die early hence is against the Idea of people rushing to write a will long before their time.