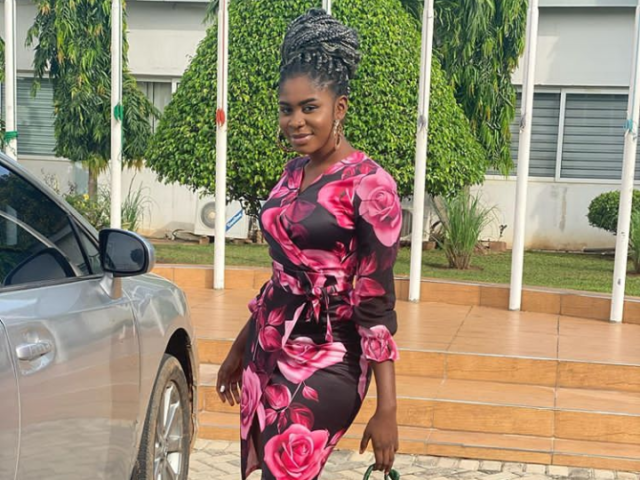 Yaa Jackson is a young Ghanaian actress and singer born to the legendary kumawood movie producer, director and scriptwriter, Jackson K Bentum. She was introduced to acting at a very young age and acted alongside top stars for years until she decided to switch to music.

The little girl Ghanaians knew from her childhood movies is now a big girl enjoying her adulthood. However, she has been criticized by many due to her way of dressing which many see to be inappropriate.

Her father though believes that her way of dressing does not portray who she is claiming those clothes are only costumes for shooting pictures and videos.

However, how well do you know her aside what you see and hear online? Read along for her detailed biography.

She had her basic education at Salem Educational Complex in Kumasi and continued to Presbyterian Girls Senior High School in Kumasi for her secondary education where she graduated in 2019.

Yaa Jackson began her acting career at a very young age in the kumawood movie industry playing child roles. She was so good at acting even at a young age that she quickly won the hearts of Ghanaians.

She once revealed in an interview that she was forced a bit into acting by her father when she was a child. However, her father, Jackson K Bentum denied such claims saying she must have said that due to interview pressure.

However, as the years went by, Yaa Jackson has transitioned into a singer although she says she hasn’t abandoned acting completely.

Movies she featured in as an actress include;

She has released a number of hit songs after since she switched to music. Her songs include;

She has two other male siblings, Reagan Jackson and Kwaku Nyame Jackson who are also into acting.

From our last checks, her boyfriend has been identified as one Derrick Hope Acheampong.