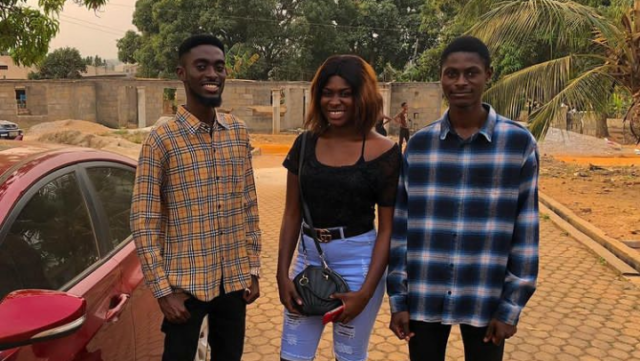 The younger brother of Yaa Jackson has made some wild allegations against his sister and why she dresses the way she does.

READ ALSO: A Remorseful Afia Schwarzenegger Reveals Why She Fought Her Brother For 6 Years

Yaa Jackson is one o the most loved kumawood actresses in Ghana until fans noticed a sudden change in behavior. The little girl who started her acting career playing child roles is now a big girl that has become the talk of town.

Ever since she switched from acting into music, Yaa Jackson sort of re-branded into a slay queen that has almost always got fans talking.

READ ALSO: Kidi Teams Up With The Maggie Monkor Girl For The Monkor Challenge. [Watch Video]

And from the recent revelations coming in from her brother, Evangelist Kwaku Nyame Jackson, it seems she may not have control over her actions after all.

According to Jackson K. Nyame, Yaa Jackson is currently being used by the devil although she seriously wants to repent and turn back to God. He recalled how Yaa Jackson recently had a very scary dream about the second coming of Jesus Christ.