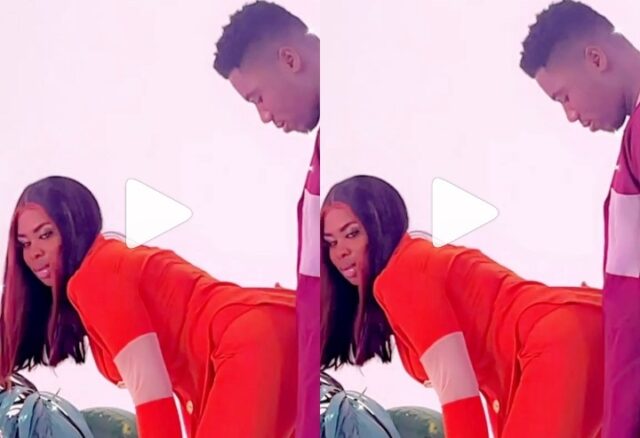 It’s all about enjoyment as Yaa Jackson freely offers her botos to a guy in a new video causing stirs online.

READ ALSO: “Stay Away From Women Botos, It Will Kill You”- Funny Face Advises Black Sherif

Ever since she diverted from acting into music, some concerned fans are not too happy with her way of life. However whatever the case, fans must acknowledge that her current way of life is part of showbiz and must try to bare with her.

She started her acting career at a very young age but has somehow decided to switch to music now. She has since released some bangers over the years like tear rubber, ewhe papa, omo beka etc.

READ ALSO: Shatta Michy In Pains After Being Kicked In Bed Severally By Majesty. [Watch Video]

From the caption of her post on instagram, it seems she is working on another music video for her fans.

RELATED POST:   "Best Things Come Those Who Don't Give Up"- Hajia Bintu Says As She Drops Striking Photos