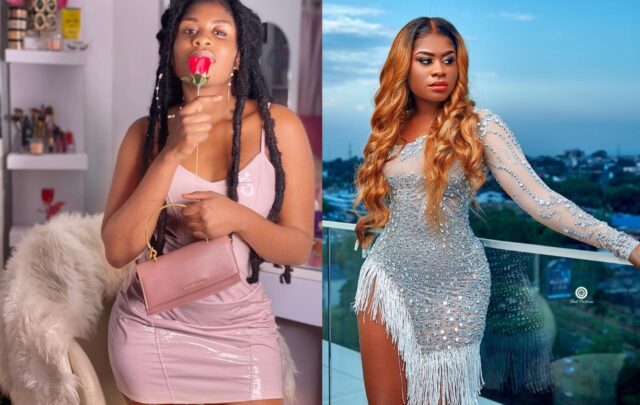 Yaa Jackson has shared a photo of her look-alike mother for the first time online and fans can’t stop talking about their resemblance.

Indeed Yaa Jackson is a chip off the old block as she looks so much like her mother who has featured on her Instagram page for the first time hence you understand the fans surprise at how much she looks like her.

Yaa Jackson is one of the most loved young celebrities in Ghana, starting her career as an actress but has diverted into music although she does a bit of movies occasionally. All these while, the only members of her family that is known to the public are her father, Jackson K Bentum and her two brothers.

However, she has now given her fans something more to hold unto as she shares a lively photo of her mother standing with Reagan Jackson, his brother drawing lots of reactions from her followers.