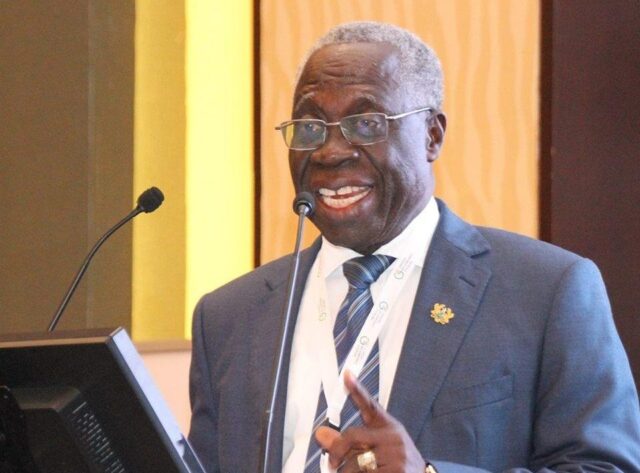 Yaw Osafo-Marfo is a Ghanaian banker, consultant and politician belonging to the New Patriotic Party where he served as the Senior presidential advisor under Akuffo Addo’s Administration. He is also a former member of parliament for Akim Oda

Osafo-Marfo was born in 1942 in Akyem Awisa. He studied at Akyem Awisa Presbyterian School and continued to Achimota School for his secondary education. From there, he went to Kwame Nkrumah University of Science and Technology to study Mechanical Engineering.

Osafo-Marfo served as the vice president of the National Union of Ghana Students (NUGS) whiles in Kwame Nkrumah University of Science and Technology.

After University, he joined Volta Aluminium Company (VALCO) as an engineer and gradually moved up the ranks to become the CEO. He was instrumental in the restructuring of the Bank for Housing and Construction and the National Investment Bank between 1979 and 1992.

He has also worked as a consultant to the World Bank, the African Development Bank and the United Nations Development Programme. Osafo-Marfo is the former Vice-Oresident of the Executive committee of the West African Bankers Association. He is also a founding Deputy Chairman of the Ghana Stock Exchange.