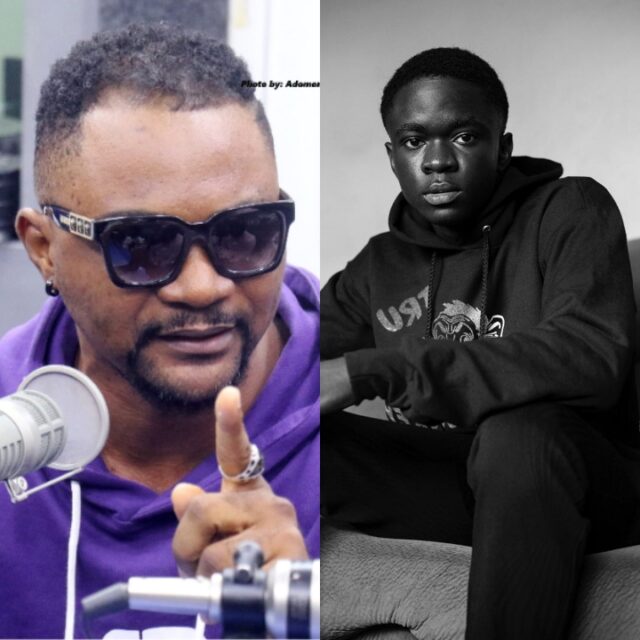 The Sore Hitmaker is fast rising to become one of the favorite musicians in Ghana. He set the record for the fastest Ghanaian musician to hit a million views on YouTube earlier this year with the Sore remix.

READ ALSO: Ajagurajah Reveals Why He Sacked Fameye From His Birthday Party. [Screenshot]

However, earlier this morning on DaybreakHitz on Hits FM monitored by alabigh.com, Mr. Logic claimed the youngster doesn’t make any sense in his songs. According to him, that is why his mom is pushing him to go back to school so he can learn a thing or two.

He however acknowledges the talent of Yaw Tog but insists we should allow the youngster to grow. 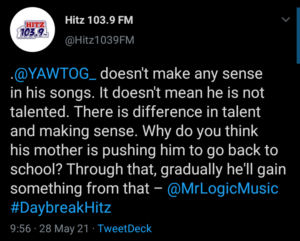