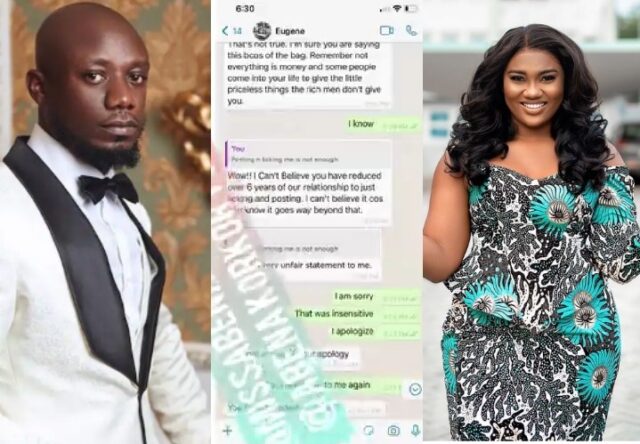 Interesting scenes as the ever talking Abena Korkor dirties Nkonkonsa and provides evidence to back her case.

You may recall that  Abena Korkor recently listed all the men that had chopped her and then later came out to put the blame on bipolar right? Well apparently after she noticed the error she made in posting the earlier video, she apologized to popular blogger known by many as Nkonkonsa who was also in the list via whatsapp.

Eugene ie. Nkonkonsa also for reasons best known to him sent the chat to Peace FMs Entertainment review show to be read live on air. This act by the blogger then angered Abena Korkor to the extent of coming out to dirty the former about how he used to beg her to “chop” the thing. And that she only apologized to him for bringing such matters into the public space that can affect his marriage.

CHECK OUT SCREENSHOT AND VIDEO BELOW👇👇 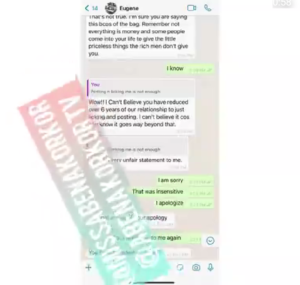 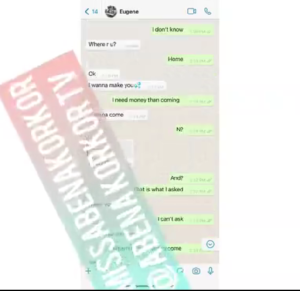 According to her, she is no longer going to keep quiet on matters like this and promises to provide more evidence whenever she is dared.