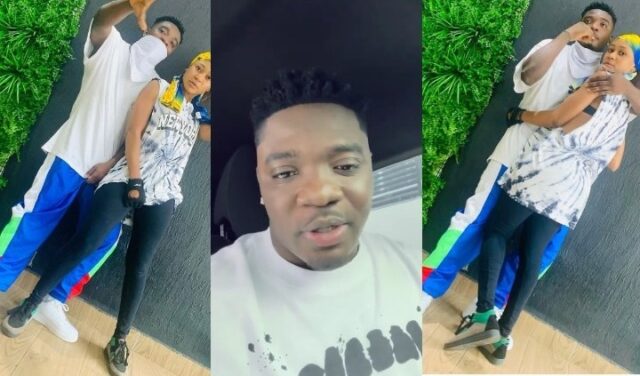 Yawa! Akuapem Poloo in the mud as AMG Armani has finally come out to deny ever dating her; asks that she deletes all the pictures and videos she posted on her instagram page.

Akuapem Poloo raised some eye brows few days ago when she flooded social media with some lovely photos and videos of herself and AMG Armani chopping love.

She claimed to have finally found love in AMG Armani and couldn’t hide her joy as she had to share it with the public. At the time, she claimed that her new boyfriend ie. AMG Armani always says she can’t show him to the public hence had to do it to surprise him.

However, the alleged love story has taken a rather interesting turn as AMG Armani has come out to deny the dating rumours.

According to the rapper, what Akuapem Poloo did is causing troubles in his relationship as his real girlfriend is beginning to think he is cheating.

READ ALSO: VIDEO: Yaa Jackson Gives Free Show On Stage Days After Brother Said She Was Being Used By The Devil

He claimed that he only met Akuapem Poloo at the gym and she asked for some pictures with him only to later go and find those pictures online.

RELATED POST:   Nana Agradaa Reveals How Much She Charges New Members Of Her Church [Watch Video]