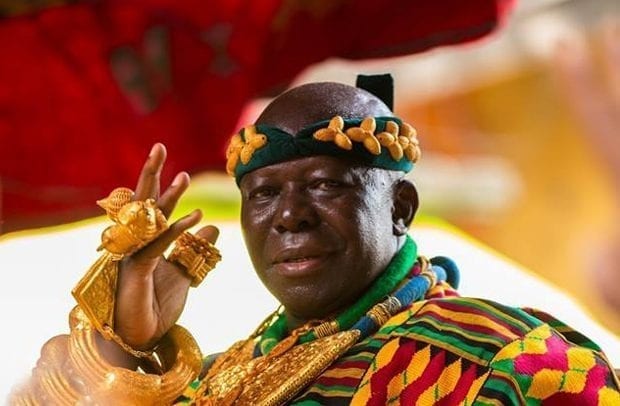 Yawa! as Otumfour Osei Tutu II has exposed top government officials on the issue of galamsey.

Galamsey is a national canker that is badly affecting our water bodies and lands but all attempts to curb the menace doesn’t appear to work. And in the words of Otumfour Osei Tutu II, he believes it is as a result of massaging the actual problem without saying things as they ought to be said.

The Otumfour made a shock revelation before giving his speech at a Regional Consultative Dialogue On Small Scale Mining at KNUST on May 13. According to him in a video available to alabigh.com in which he spoke in Twi briefly talks about how the Ashanti Regional Minister Hon. Simon Osei and the Lands Minister Hon. Samuel Abu Jinapor tried to lire him to go strictly by the speech written for him. Reason being that they fear he might say things that may make the government unpopular.

Let us know what your thoughts are on this video by leaving a comment in the comment section.

RELATED POST:   Otumfuo Replaces His Crown With A Cap And Goes Planting. [Photos]