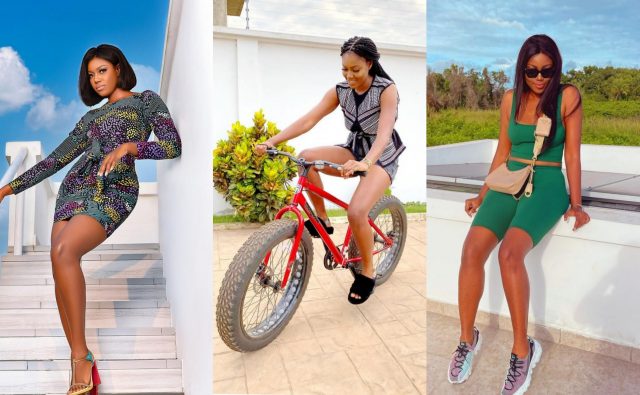 Here is the full biography of ghanaian actress, Yvonne Nelson. Leader of the #Dumsormuststop campaign in 2015, Yvonne Nelson is one of the successful actresses Ghana can boast of. But how well do you know her? Get to know more about the actress in the subsequent paragraphs.

She was born Yvonne Nelson to Ghanaian parents.

Yvonne Nelson had her basic school education in Accra at St. Martin De Porres and continued to Aggrey Memorial Senior High School for her secondary education.

She then went to Zenith University College for a degree in Human Resource Management. In 2020, Yvonne completed her masters at GIMPA where she graduated with a Masters Degree in International Relations and Diplomacy in 2020.

Yvonne Nelson’s acting career spans almost two decades now and has featured in several Ghanaian and Nigerian movies playing major roles in most of them.

She started out as a model and contested in the Miss Ghana beauty pageant years back but has since moved into acting and producing movies. One of the movies that brought Yvonne Nelson to the limelight was her role in the movie, Princess Tyra in 2007 which featured Jackie Appiah as well,

As a movie producer, Yvonne has produced movies such as ThePrice, Single and Married, Fix US and Fifty, Fifty.

Aside acting, Yvonne is also into philanthropic work and through that founded the Yvonne Nelson Glaucoma Foundation in 2010. The foundation seeks to create awareness about Glaucoma which has been a success so far and through that, she was honored by GoWoman Magazine and Printex.

She was also awarded at the MTN Heroes of Change due to the work she is doing with her foundation.

Yvonne has won a number of awards including;

Yvonne Nelson is currently not married. Her last known relationship was her ex-boyfriend Jamie Roberts.

Yvonne has a daughter with her exboyfriend, Jamie Roberts. She was born on October 29, 2017.

The actual networth of the actress cannot be stated in this Yvonne Nelson biography because such an information has not been made public.

However, one thing that is for sure is that, the actress may be worth some millions of Cedis considering the properties she owns. She owns a beautiful island in Ada Foah called the YN Island.