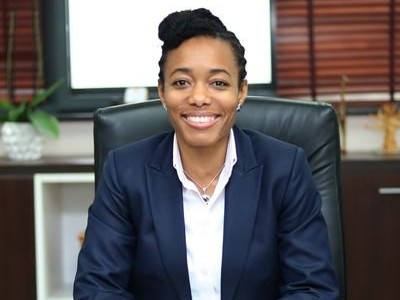 Zanetor Agyemang Rawlings is the first daughter of the late Jerry John Rawlings. She is a medical doctor by profession and a member of parliament as well. She belongs to her late fathers party, NDC and represents the people of Klottey-Korle Constituency.

Zanetor was born on June 1, 1978 in Accra Ghana. She is 43 years old at the time of writing this article.

She hails from Dzelukope in the Volta Region of Ghana.

Zanetor Agyemang Rawlings had her basic education at North Ridge Lyceum School and Achimota School. From there, she went to Wesley Girls High School for her secondary education and graduated in 1996.

She attended the Royal College of Surgeons in Ireland for her medical degree. In addition to her medical degree, Zanetor also holds a certificate in Defense Management from the Ghana Armed Forces Command and Staff College.

Zanetor Agyemang Rawlings worked as a medical doctor in general practice in the early stages of her career.

She has led relief efforts to alleviate the plight of many victims of circumstances like she did in 2015 where she led a team to donate relief items to victims of the flood and fire disaster in Circle.

She also built a bridge for the Osu Anorhor community which has helped limit the amount of floods in the area and ease transportation in the community.

Zanetor contested and won the NDC Klottey Korle parliamentary primaries in 2015 against the incumbent Nii Armah Ashitey. She subsequently won the seat at the 2016 general elections after receiving the blessing of her father.

She retained the seat again in the 2020 general elections. Zanetor serves on the Gender and Children Committee and Environment, Science and Technology Committee of parliament.

Zanetor is currently divorced to his ex-husband Mr. Herbert Mensah. They are blessed with three children.

Mr. Herbert Mensah sued her in 2015 at a juvenile court for the custody of their children. He claimed he was denied access to their children by Zanetor and her family since they relocated to Ghana.

The net worth of the politician is currently under review. This article will be updated as and when review is completed.